The center panel of this series of drawings is comprised of the names of the the United States Internment camps where over 110,000 Japanese-Americans were forced to live after Executive Order 9066 was signed during World War II. As a child, I heard stories of being incarcerated from my parents and grandparents. Their use of the word “camp” led me to question the use of words in context. Four sets of drawings accompany this panel, consisting of words with multiple meanings. Read individually, as pairs, and as a group, their interpretations vary. 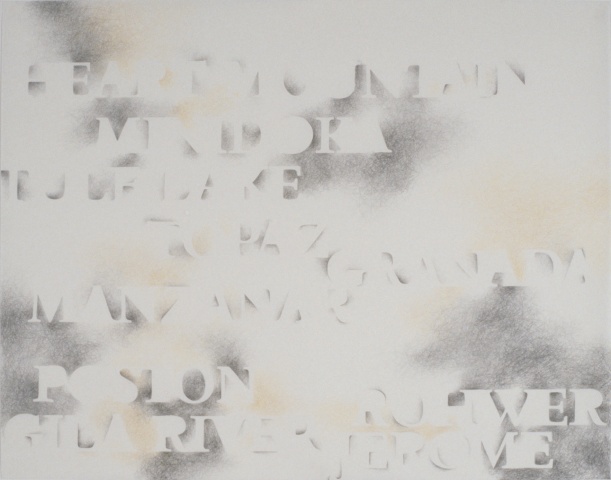